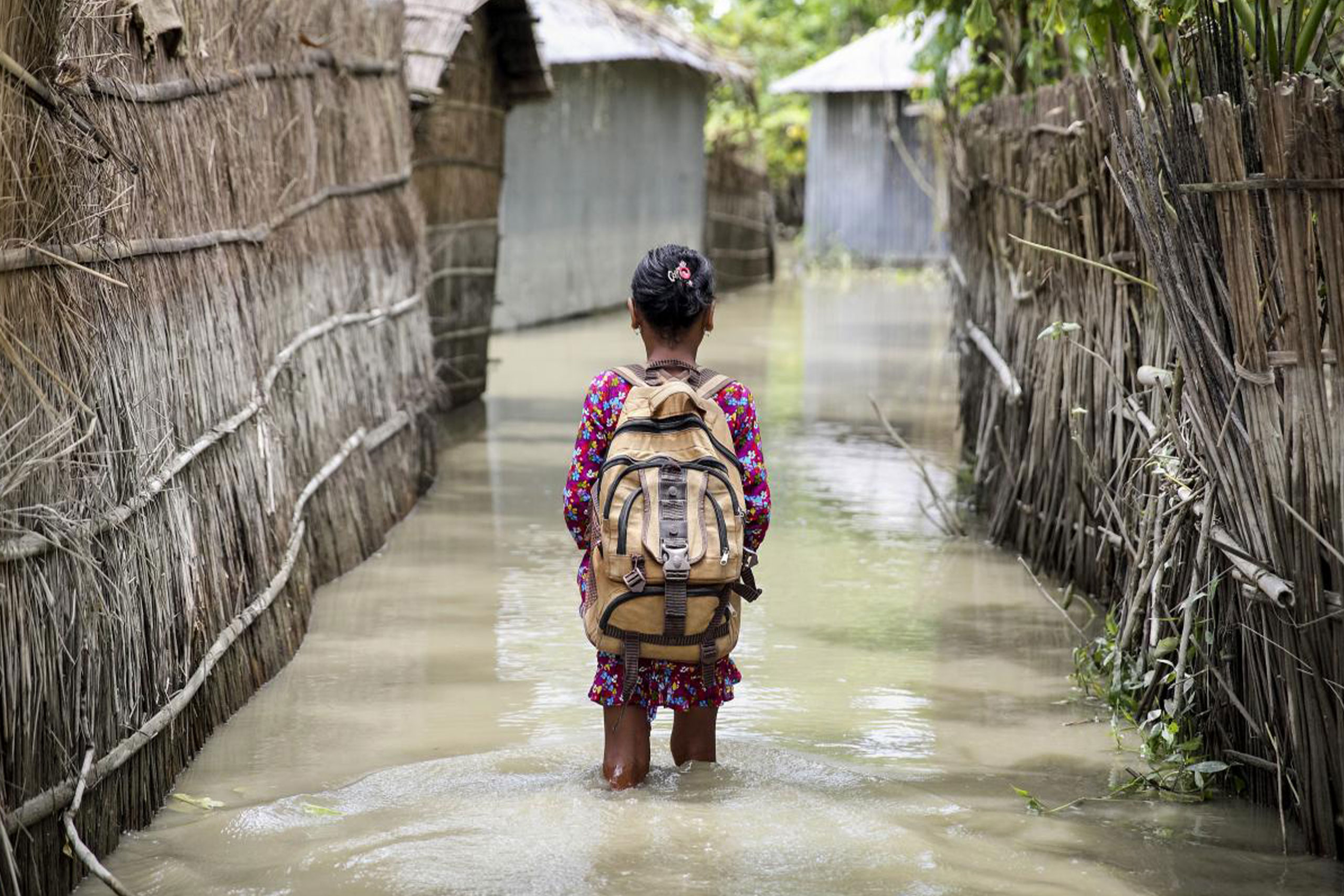 It has been estimated that by 2050, one in every seven people in Bangladesh will be displaced by climate change. With a projected 19.6 inch rise in sea level, Bangladesh may lose approximately 11% of its land by then, and up to 18 million people may have to migrate because of sea-level rise alone. Looking even further down the road, some scientists project a five to six foot sea-level rise by 2100, which will displace upwards of 50 million people. All across the planet, climate change is making rainfall more erratic and often far more intense. In Bangladesh, this reality rings especially true. With stronger downpours and increasingly supercharged water levels, the climate crisis is destroying entire villages and hundreds of thousands of livelihoods, and contributes to over 10 million Bangladeshis already being climate refugees.

In the last month, as the climate crisis persists, more than 7 million people in Bangladesh are in need of shelter and emergency relief in the midst of the worst flooding to hit South Asia in living memory. Hundreds of thousands of homes near the Bangladesh-India border are underwater, and in the worst hit areas entire neighborhoods have been submerged. Roads leading in and out of Bangladesh have been cut off and there are widespread power cuts even in areas not already underwater. As these communities and other marginalized groups the world over experience similar events as a result of climate change, many wonder, when will we find relief? While many world leaders and governments continue to ignore what is right in front of us, we recognize that the help we need will come from within, or when we collectively demand the change we need. It will take populations of people coming together to support one another because as of yet, the ones responsible for the crisis are the first to abandon those most impacted by it.

To put these injustices into perspective we need to consider the staggering injustice Bangladesh faces. Overwhelmingly, climate impacts are being felt by impoverished and marginalized communities at far higher rates than wealthy and affluent communities, and the disparities are being imposed by high emitting countries, not by the people of Bangladesh themselves. As a country, Bangladesh emits only a tiny fraction of greenhouse gas emissions causing climate change. The average person in Bangladesh emits .5 metric tons of CO2 per year. In the US, for comparison, that number is 15.2 metric tons per person, about 30 times as much. In a climate conference at Copenhagen in 2009, wealthy nations agreed to give poorer countries a total of $100 billion by 2020, and $100 billion for every year after that. Instead of delivering on that promise, these wealthy nations have since argued over fiscal allocation or who owes what. Meanwhile, poorer countries like Bangladesh are left to fend for themselves. When is enough enough? When will these countries and governments responsible for the highest emissions finally take responsibility for their actions? When will you realize that these problems are no longer just on the other side of the planet, but on the other side of the fence in your own backyard?