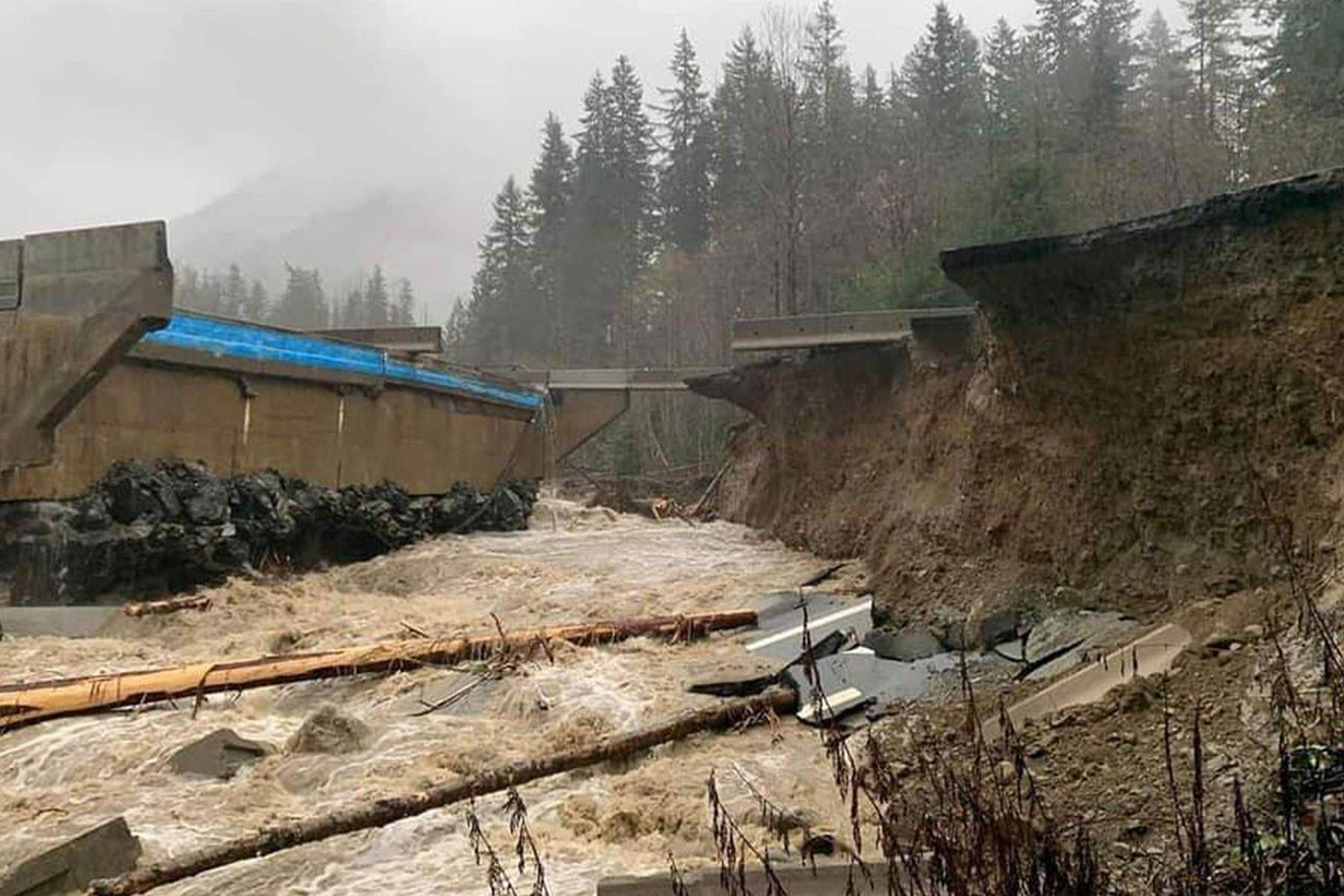 Huge rain storms caused landslides, the shutting down of roads, the delay of flights, the evacuation of an entire town and finally, the rainstorms forced Canada’s Trans Mountain oil pipeline to shut down in unceded traditional First Nations territory known as British Columbia on Sunday. This has been one of many extreme weather events.  The impacts of climate change aren’t just catastrophic in and of themselves but the impacts could also cause catastrophic failure of these pipeline projects that are ticking time bombs for failure.  The risk of leaks are eminent.  How do we weigh “needs” with added risks of severe climate weather events?

We as Land Defenders and Water Protectors know it is unprecedented for an oil pipeline work to halt!  And yet the planet is showing us the impacts of how we live here will not go unchecked. We know devastation will continue to grow and that even as we just wrapped up COP 26 world leaders are not doing enough and it’s our frontline communities who will continue to bare the brunt. Who bares the brunt of accountability knowing the risks are greater than just mechanical failure now?

In an IG post from @coastprotectors, activists share a visual aerial map of the area, highlighting the areas that were completely destroyed by the flood, the town of Lytton has burned down, and other areas where hundreds have died.  The post states that activists in this area have been warning for an entire decade against the Trans Mountain pipeline for fear that this kind of climate crisis would be very possible.  Kai Nagata says, “Our leaders seem incapable of anticipating these events, grasping their significance, or imagining how much worse things will get.  They live in a dream world that no longer exists.”

@shianna_mc says “Who could have predicted that massive forest fires would destroy the root systems required to prevent massive flooding and mudslides once it rained.  Maybe the Nlaka’pamux who have been calling upon BC gov’t and it’s various emergency bodies to be proactive about these things.”

The effects of climate change are right here right now.  What increases global temperatures? Fossil fuels.  Why are we taking a stand against fossil fuels? To protect our earth, to protect ourselves from catastrophic flooding and other environmental crisis that come as a result.  How many more catastrophes do we need to end our dependence on fossil fuels and begin to listen to Indigenous leadership? Do the flood waters have to be drowning corporate America before real change will occur? By then we’re sure it will be too late.

How to help people stranded in this #BCFlood:

“We are coordinating deliver of food supplies via helicopters for people stranded on the highway in BC and communities affected due to flooding.  We have set up a collection camp at Gurudwara Dukh Nivaran Sahib at 152 St and 68 Ave Surrey, BC.  We are accepting cash donations, etransfers via info@dukhnivaran.ca and quick consumables like energy bars, cookies, dry fruit, juice tetrapacks.  Requesting your support.  Thank you!”