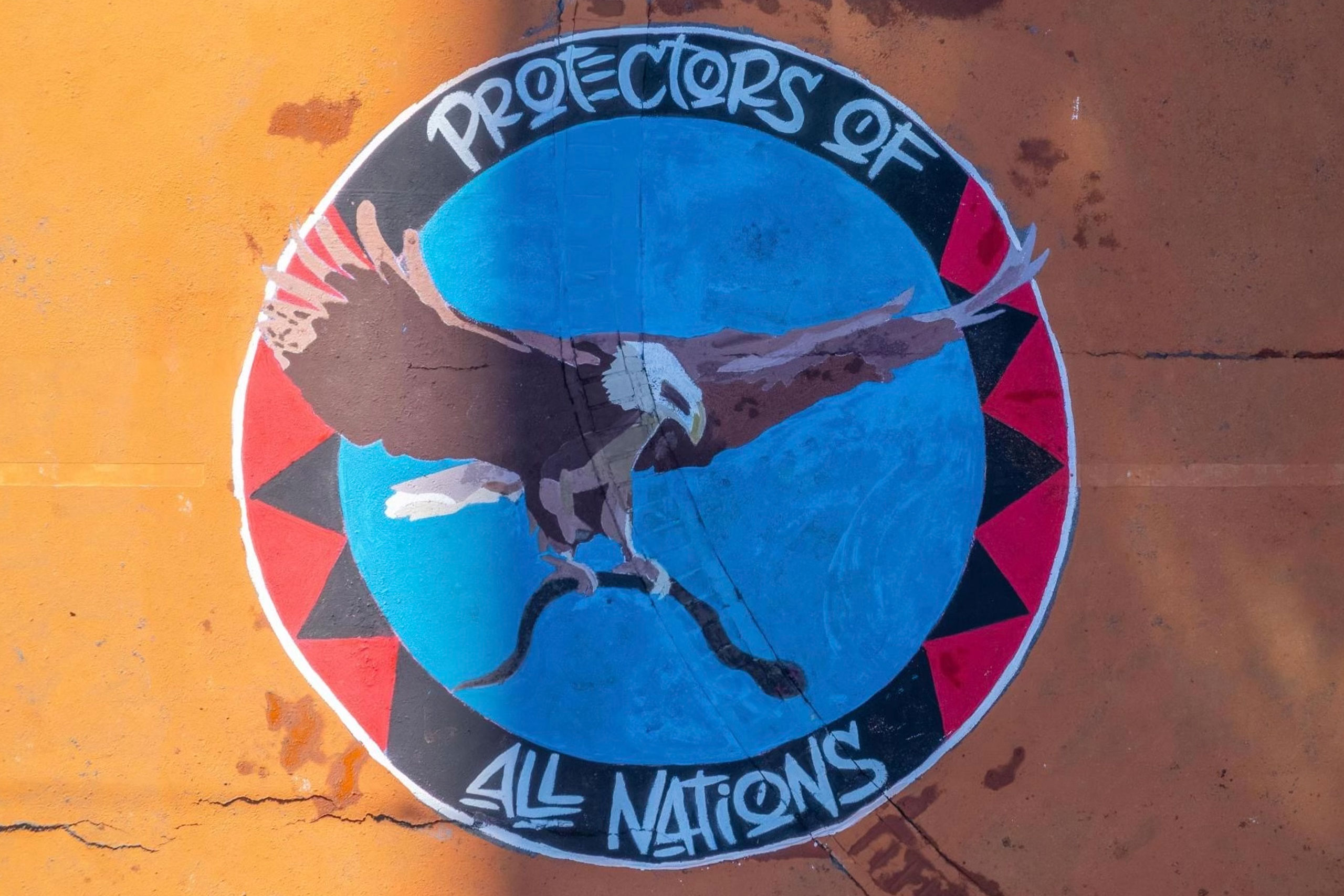 October 29th, 2021 was a Global day of Action to Defund Climate Crisis.  Over 40 actions took place in the United States alone, including San Francisco activists and organizers occupying the streets in front of the Black Rock corporation.  This day of action is important because the main causes of the climate crisis is embedded in our dependence on fossil fuels and deforestation.  Black Rock CEO Larry Fink oversees the world’s largest fossil fuel investments with $87bn invested in the industry.  This is why the San Francisco action took place right outside of the Black Rock corporate building in downtown San Francisco.  San Francisco’s action included painting two city blocks with messaging from Indigenous communities and front line communities in and outside of the Bay area.

Other cities that participated were Seattle Washington, Chicago Illinois, Los Angeles California and more.  What made San Francisco’s action especially haunting,  is the pigment of paint used to fill in the space between the circles of art created by several organizations, was made from the fire ash in California. Those fires that are happening more frequently due to the climate crisis we are in, were brought right to Black Rock’s doorstep.

IP3 was proud to take part in Saturday’s youth led action, where we were able to contribute a banner and a 12 foot circle of art, that represented IP3 and our contribution to this action and to this larger demand for these corporations to act now on the side of climate justice.

While one day of action doesn’t necessarily put an end or a stop to what we are fighting, it builds upon the strategies and tactics of our overarching goals.  However little or big these actions are, they are a way to build community, share the messaging, influence individual or community change, and bring awareness.