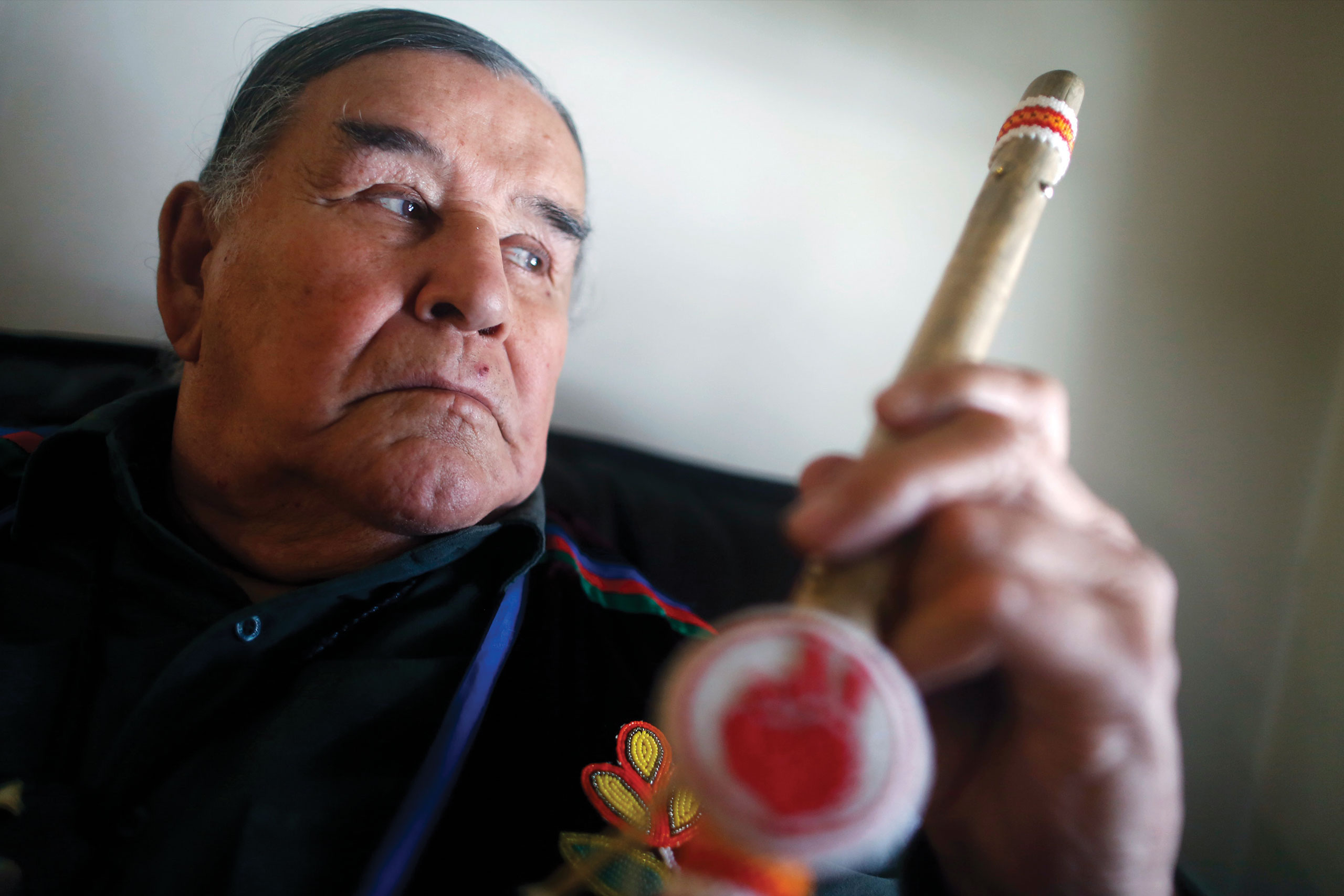 It is with heavy hearts that we learn of the passing of American Indian Movement (AIM) cofounder and community leader, Clyde Bellecourt. Born May 8th, 1936 and member of the White Earth Nation of the Ojibwe, Bellecourt was a civil rights organizer noted for co-founding the American Indian Movement (AIM) in Minneapolis, Minnesota in 1968. It began taking form when 200 people from the Indian community turned out for a meeting called by a group of Native American community activists led by George Mitchell, Dennis Banks, and Clyde Bellecourt. Frustrated by discrimination and decades of federal Indian policy, they came together to discuss the critical issues restraining them and to take control over their own destiny. Out of that ferment and determination, the American Indian Movement was born.

Under Bellecourt’s leadership, AIM raised awareness of tribal issues related to the federal government, monitored police harassment in Minneapolis, created welfare programs for urban Indians, and founded Indian ‘survival schools’ in the Twin Cities to teach children life skills and to help them learn their traditional cultures. He initiated the Trail of Broken Treaties, a long march to Washington, DC in 1972 to serve as a first step to renegotiating federal-tribal nations’ treaties and relations. In addition, he founded non-profit groups to undertake economic development to benefit Native Americans.

To NeeGawNwayWeeDun, Thunder Before the Storm our Ancestor. We will remember and honor the work you’ve done, and the lives you’ve impacted in the past and for generations to come. To his wife, Peggy, your children and the many lives he’s touched, today we send many prayers your way. We will continue working and fighting the good fight in his name and for those who have laid the groundwork to make a better life for all of us.

Tobacco Down Prayers Up