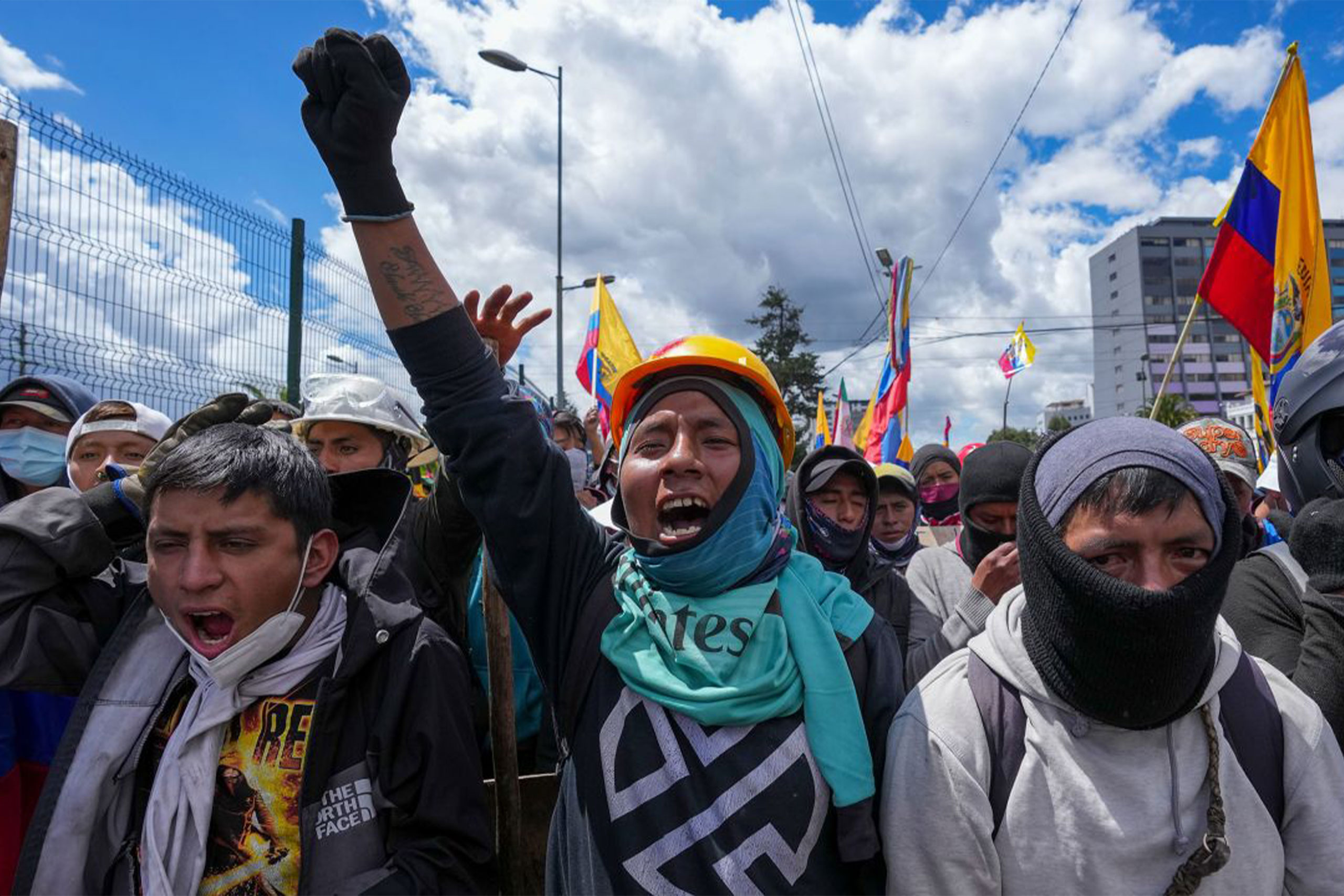 In the wake of the COVID-19 pandemic, Indigenous communities in Ecuador have struggled to get back on their feet, and the socioeconomic issues that have plagued these communities for generations have been exacerbated by skyrocketing costs of living. In most Indigenous communities of Ecuador, they lack access to education, and chronic infant malnutrition has soared in the last two years reaching almost 50% in most Indigenous communities, and the second highest in Latin America. One out of every three children is suffering from chronic malnutrition, and half of them are Indigenous. As food shortages plague countless communities in Ecuador, Indigenous activists have led protests on their way to the capital with a message, that their demands cannot wait. Families are starving, and as a result parents are forced to keep their children from school.

Even before the pandemic and the war in Ukraine, Indigenous communities of Ecuador who have provided the majority of labor and food were struggling. More than 50% of non-Indigenous Ecuadorians are supporting their demands for better education, fuel subsidies, health services, and employment. But as has happened many times in the past in Ecuador, the ones who are leading the charge are the ones saying, they have nothing else to lose. The protests that began on June 13th, mostly lead by the Confederation of Indigenous Nationalities of Ecuador (CONAIE) began to get violent as protestors marched towards the country’s capital in Quito. On June 14th, CONAIE president, Leonidas Iza was arrested by the National Police, and just hours later confrontation towards protestors turned violent in Chimborazo Province where 40 people were injured and 12 critically wounded. That same night, Ecuadorian President Guillermo Lasso implemented a curfew in Quito and also permitted police officials in the provinces of Pichincha, Cotopaxi and Imbabura to use deadly force.

In the days and weeks that would follow, CONAIE president, Leonidas Iza had an assassination attempt made on him, which sparked outrage among supporters and as a result, as many as 14,000 would join the protests. On June 22nd, CONAIE officials announced the ratification of their list of demands in order to begin talks with Lasso’s government, which are as follows:

As of today, June 30th, 2022, Ecuador government and Indigenous leaders of CONAIE have reached an agreement that has suspended protests, at least for the time being. The protests that began on June 13th amid frustrations about soaring fuel prices and rising costs of living as well as the socioeconomic policies of right-wing president, Guillermo Lasso have come to an end. In a huge win for Indigenous communities of Ecuador, not only does the agreement lower the costs of fuel and increase access to public health care systems, it also limits the expansion of oil exploration areas and prohibits mining activity in protected areas, national parks and water sources. Monsignor Luis Cabrera, who acted as mediator between the Ecuador government and Indigenous leaders of CONAIE later stated that, “Social peace will only be able to be achieved, hopefully soon, through dialogue with particular attention paid to marginalised communities, but always respecting everyone’s rights,” The government now has 90 days to deliver solutions to the demands of the Indigenous peoples of Ecuador and CONAIE.