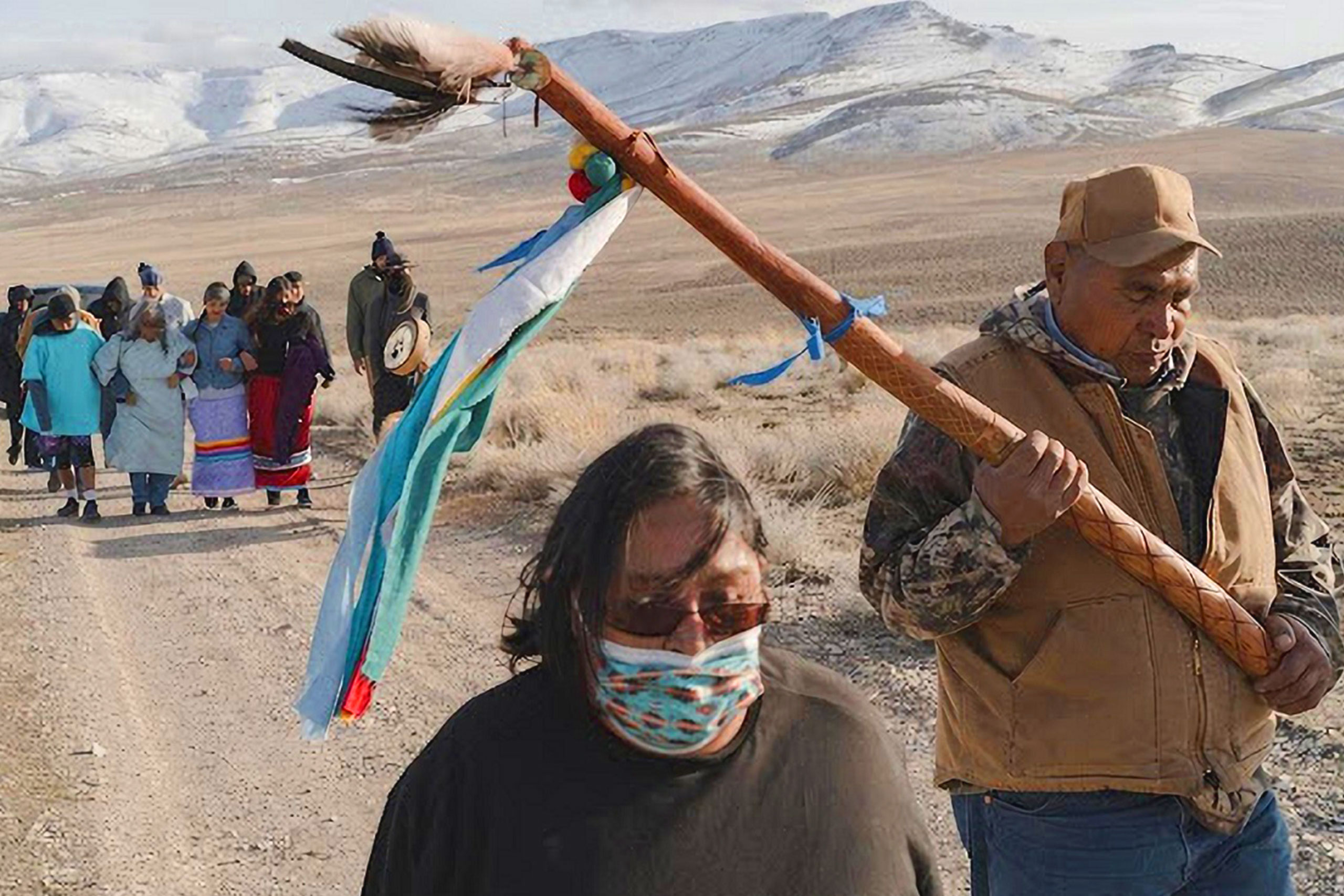 In the midst of a global greenhouse gas catastrophe, and as supporters and organizations of environmental justice work towards a more equitable future excluding the extraction of fossil fuels, we are witnessing a small fraction of policies and government agencies trending towards a lithium alternative. Since the early 2000s, a handful of political candidates have run on a Green New Deal (GND), and only until recently has it become the most widely used political platform for environmental reform. Made popular in recent years by Congresswoman Alexandria Ocasio-Cortez and Senator Ed Markey, the Green New Deal includes language to address climate change along with achieving other social aims like job creation and reducing economic inequality. What it lacks, however, is the environmental and economic impact, and continued exploitation of Indigenous lands and waters.

In Northern Nevada, Southern Oregon, and Northern California, we are sitting atop the largest known lithium resource in the so-called United States and the next large scale lithium mine on the planet. To the Fort McDermitt Paiute and Shoshone Tribes, the Burns Paiute Tribe, Reno Sparks Indian Colony and the Shoshone-Paiute Tribes of Duck Valley Indian Reservation, however, it is one of the few remaining places where tribal citizens can still gather traditional foods such as chokecherries and wild potatoes and medicines, such as toza root, or honor their ancestors at the site where 31 Paiute people were massacred by government soldiers in 1865. For tribes and communities who have called these lands home for millennia, it is more than a Green New Deal or empty promises by Lithium America for a better tomorrow. It is about a long history of exploitation that has left 40% of local residents in poverty, a lithium mine that would threaten wildlife such as golden eagles and sage grouse, that the federal government’s review process was improperly rushed and that the government failed to properly consult with affected tribes.

In South America, where an estimated 52% of the world’s lithium deposits are stored and mined, the environmental and ecological implications are devastating. When we think of resource extraction for energy, we generally think of fossil fuels like coal and gas. Unfortunately, lithium also falls under the same umbrella, and despite paving the way for an electric future, lithium can be described as “the non-renewable mineral that makes renewable energy possible.” To put the ecological and environmental impact of lithium extraction in perspective, the production of lithium through evaporation ponds uses a lot of water; approximately 5.6 million gallons per day, 582,000 gallons of water per metric ton of lithium. As we face record breaking drought scenarios in many tribal communities across the country and globally, the introduction of new lithium mining projects will have massive ecological consequences leaving many with the question, where will the water come from?

In a recent report by Friends of the Earth, a non-profit organization that strives for a more healthy and just world, they state that lithium extraction inevitably harms the soil and causes air contamination. As demand rises, the mining impacts are “increasingly affecting communities where this harmful extraction takes place, jeopardizing their access to water.” In Thacker Pass, a place where Nevada, California, and Oregon intersect, we already know of the extreme drought plaguing the region. We know that the water crisis that exists in the green area just west of Thacker Pass is a near extinction level event for some species that exist there, and that Indigenous communities have been at odds with policy makers there for generations. If lithium is a considered a solution to the extraction of fossil fuels, and if organizations are advocating for its use as an alternative energy source, we know that it’s only a matter of time before the resource runs out and, by that time, our water has already run dry.