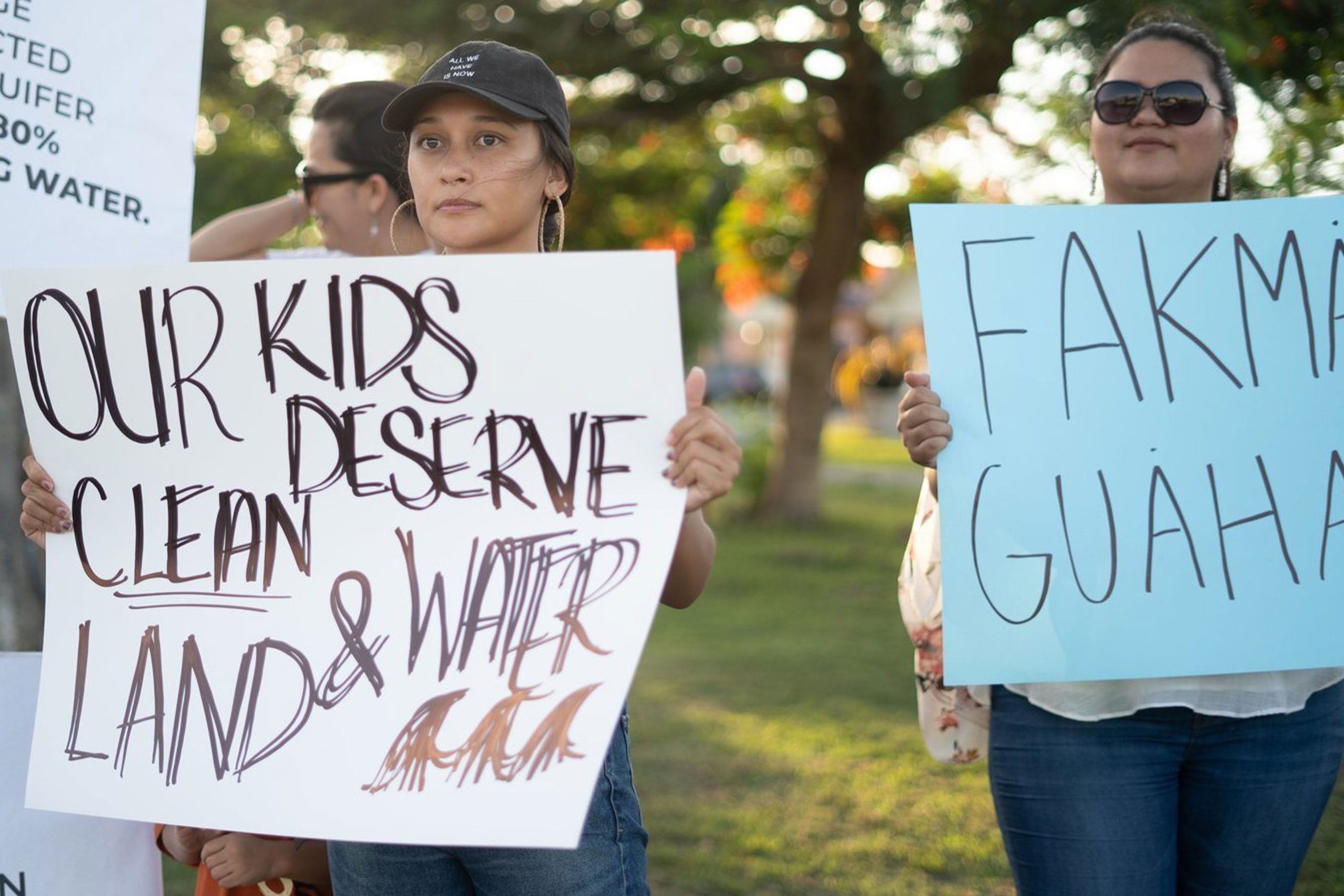 As if the attack on Indigenous lands and waters wasn’t enough for tribal communities of North and South America, what we are seeing is the same old “business as usual” from the U.S. government and military, an attack on Indigenous communities the world over. In Guam, an American colony in the Pacific Ocean, the so called U.S. military is building a massive firing range complex over the Northern Guam Lens Aquifer (NGLA), a critical resource that provides the island with 85% of its fresh drinking water. Up to 6.7 million lead bullets will be fired over the aquifer each year, threatening the community’s primary water source as well as surrounding ocean areas, and we wonder, when will the lives and livelihoods of humanity matter more than their military and capitalistic pursuits?

In preparation for the new firing range, more than 1000 acres of native limestone forests, which have been part of the island landscape for millennia will be cleared to make way for the massive complex as part of the planned U.S. military buildup, and will relocate some 5000 marines to the island from other occupied territories. The site sits next to Guam’s National Wildlife Refuge, which not only provides critical habitat to endangered endemic species of plants and animals, but also hosts several thousand year old historically and culturally significant sites to Chamorros, the Indigenous people for whom the island is their ancient homeland. In these same forests, traditional Chamorro healers harvest medicinal plants to treat a range of ailments from anxiety to bronchitis, and without them, they are vulnerable to the same genocidal practices of the United States government.

Not only does the U.S. military buildup pose an environmental threat to their homeland, it also directly threatens Guam’s residents. The base’s new location along the northern coastline sits dangerously close to the Northern Guam Lens Aquifer, the island’s sole source of drinking water. Further restricted access to the land and surrounding water would strangle Chamorro life ways, such as fishing, foraging for medicinal plants, and visiting ancestral sites. On top of that, Guam is a colonial possession of the United States, a U.S. colony recognized by the United Nations. While the people of Guam are U.S. citizens, residents cannot vote in presidential elections and have only a non-voting delegate in the House of Representatives, meaning they don’t have any political power in saving their own lives and cultural identity.

As the islands prepare for the opening of the complex as early as next year, and the relocation of thousands of military members and their families, Guam residents and their supporters are desperate for any help they can get. As we’ve seen this narrative unfold a thousand times before here on Turtle Island, our hearts go out to the people of Guam in the fight for their homelands. We encourage you all to sign the petition to Protect Guam’s Primary Water Source From Contamination, donate to the cause if you’re able, and share on social media. Let’s help the residents of Guam, to lift their voices, and together we can continue our fight in protecting the sacred for our future generations.