The Latest from Line 3 Water Protectors 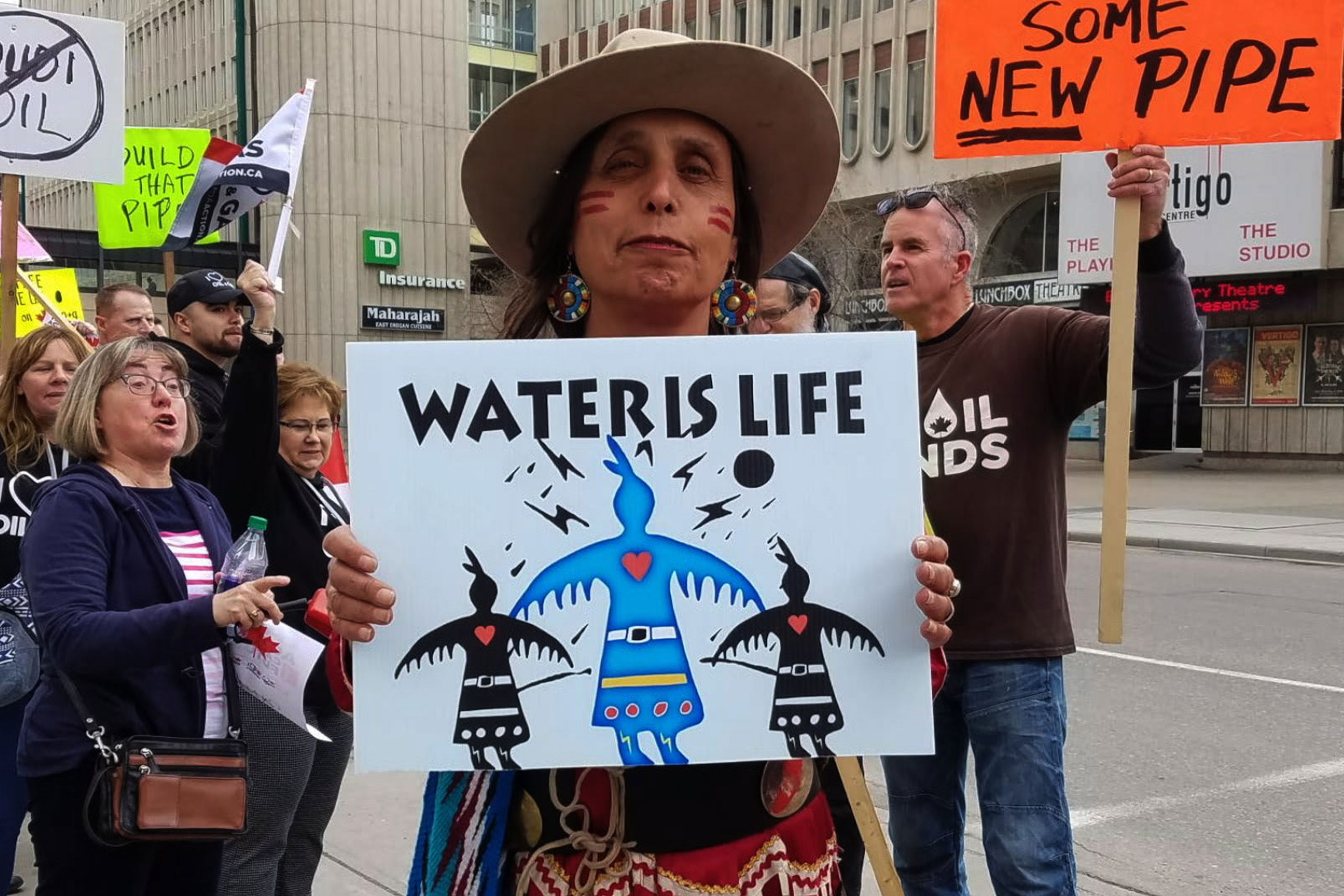 Line 3 is a proposed pipeline expansion to bring approximately a million barrels of tar sands oil per day, from Alberta, Canada to Superior, Wisconsin. This pipeline was proposed in 2013 by Enbridge, a Canadian pipeline company responsible for the largest inland oil spill in the United States. Enbridge desires to build a new pipeline corridor through the treaty territory of Anishinaabe peoples, where untouched wetlands need not be disturbed, through the Mississippi River headwaters to the shore of Lake Superior, the largest of the Great Lakes of the United States and among freshwater lakes is the third-largest by volume.

Water Protectors have been gathering in Minnesota to peacefully protect against the Line 3 pipeline and have been hopeful the new administration will step up and stand to protect this territory of Anishinaabe people.

“NEW: Scientists are warning of “irreversible” damage when Enbridge Energy begins drilling under the Mississippi River this month to build Line 3 pipeline across Minnesota.”

Line 3 water protectors made a call out for a Treaty Gathering June 5-8.  This gathering was for other protectors, allies and celebrities to come out and take a stand against and bring more attention to Line 3.  The gathering led to non violent direct actions on Monday,  which led to hundreds of arrests.  Instagram site @giniwicollective said today:

“In the biggest action yet against Line 3, water protectors shut down the Two Inlets pump station for over 29 hours and counting.  Since construction on the pipeline began in December, over 200 people have been arrested and within one day that number almost doubled with nearly 200 arrested and dozens more cited.

Throughout this direct action, police have escalated their tactics, using LRAD (Long Range Acoustic Device) without warning and a Department of Homeland Security helicopter flew dangerously low over the peaceful crowd multiple times, intentionally kicking up dust and making it difficult for people on the ground to breathe and putting them at risk by scattering construction site debris.” – IG @giniwicollective

These tactics by the Department of Homeland Security are unbelievably disgusting and shows what lengths they will go to, knowing they are being recorded even, to cause severe harm.  There has been no response from our Administration or from our President in Office.

IP3 stands with all water protectors who are working so hard to protect Ojibwe territory and water ways, who are facing arrest as well as discrimination.  No to Line 3.  We must stop drilling now!