The Latest on Thacker Pass 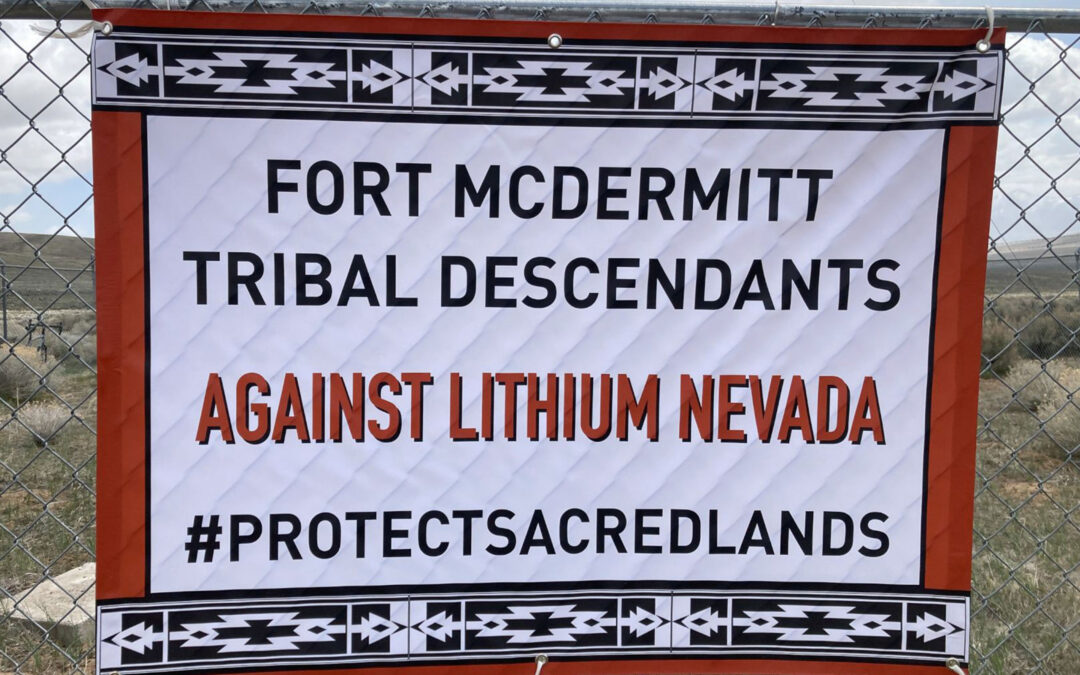 Thacker Pass is an area in Humboldt County Nevada (North Central Nevada).  It is the traditional and current homelands of the Paiute and Shoshone people.  And is a proposed site for a lithium mine, proposed by Lithium Americas, a Vancouver Canada based company.  This area is beautiful and full of valuable habitat.  This proposed lithium mine would destroy everything in the area including the creatures who call it home.  The Tribes are opposed to this lithium mine and Lithium Americas has not reached out to the Tribes to have a conversation in regards to their homelands, and the company is now trying to fast track permits.

“OROVADA, NV — Opponents of the planned Thacker Pass lithium mine released an open letter to the CEO of Lithium Americas and investors today.”

According to @protectthackerpass IG page “As soon as June 23, Lithium Nevada Corporation (LNC) plans to begin removing cultural sites, artifacts, and possibly human remains belonging to the ancestors of the Paiute and Western Shoshone peoples for the proposed Thacker Pass open pit lithium mine.” – @protectthackerpass

This is a very scary and inhumane threat to the Paiute and Western Shoshone peoples and to all who inhabit this land past and present and future.  IP3 stands with the people against this proposed lithium mine.  We support those on the ground standing against Lithium Americas.

Some Paiute have gathered to Ghost Dance recently in a stand against this proposed mine. The first Ghost Dance originating with the Northern Paiute people first documented in 1899 The Ghost Dance was associated with Wovoka’s prophecy of an end to white expansion while preaching goals of clean living, an honest life, and cross-cultural cooperation by Native Americans. Practice of the Ghost Dance movement was believed to have contributed to Lakota resistance to assimilation under the Dawes Act.

Up to date information on Thacker Pass – https://www.facebook.com/ProtectThackerPass