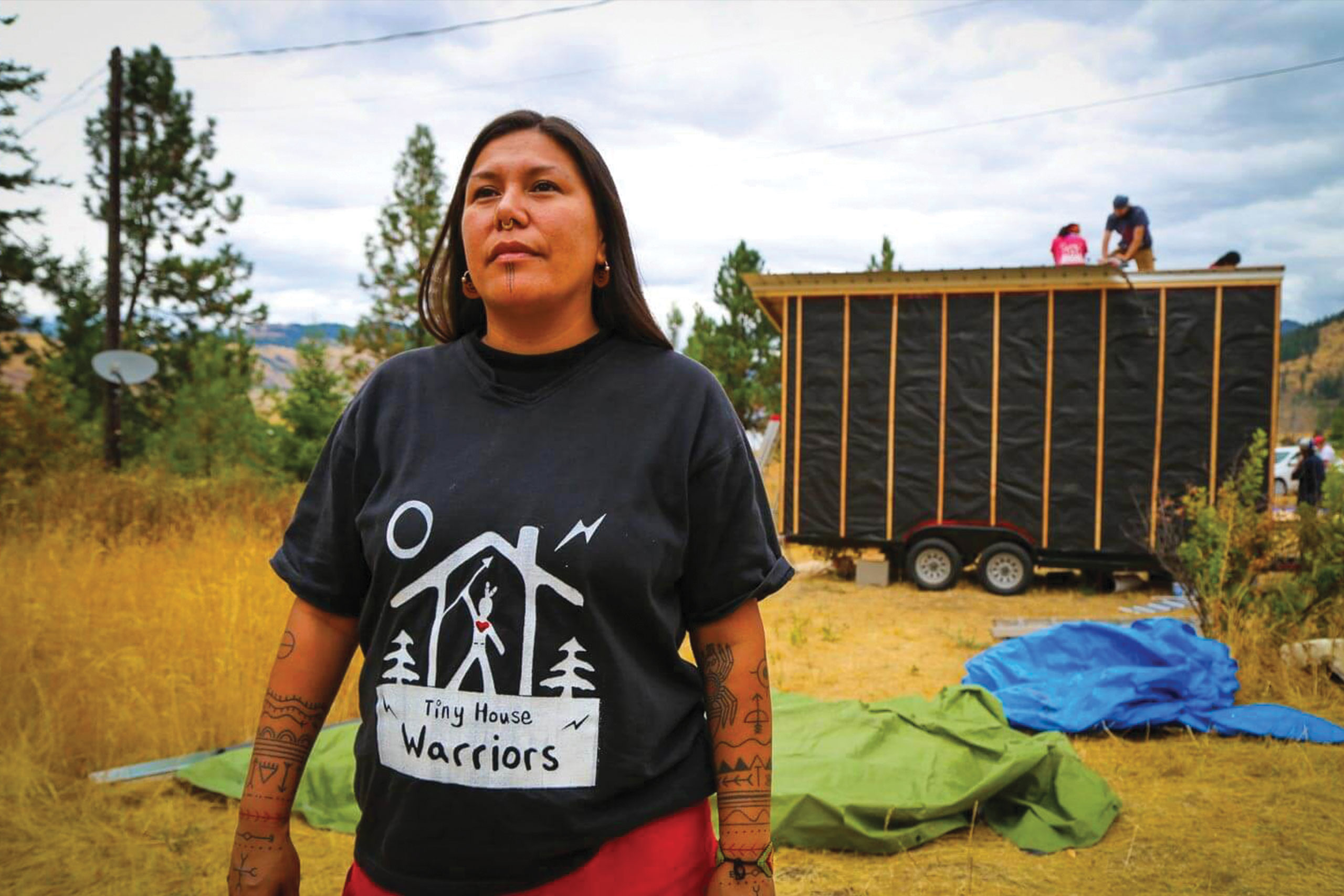 If you know the story of the Tiny House Warrior movement, you know it’s been no easy road for these land defenders in protecting their traditional unceded homelands. Shortly after returning from Standing Rock in 2016, The Tiny House movement was founded by Kanahus Manuel in an ongoing effort to protect land, water, and the traditional life ways of Secwepemc peoples. While standing in peaceful defense of their territory and against the expansion of the Trans Mountain Pipeline, the Tiny House Warriors have been the target of aggressive colonial and political tactics, used by the Royal Canadian Mounted Police to illegally and inhumanely silence their efforts.

Since purchasing the Trans Mountain Pipeline from Kinder Morgan in 2018, Canada has issued and used injunctions as weapons against Land Defenders, and as of January 5th, 2022, a British Columbia judge of Kamploops issued a very clear message; that defending your land, water, and your inherent right to a clean and healthy environment is a crime in so called Canada. These charges stem from a December 10th, 2018 incident where three Land Defenders, Snutetkwe Manuel, Mayuk Manuel and Isha Jules were protesting expansion of the Trans Mountain Pipeline, and charged with Assault, Mischief, & Disturbance. This marks the second round of prosecution and conviction of the Tiny House Warrior Land Defenders, and until an intervention happens, it marks the silencing of Indigenous voices and continuation of genocidal practices.

If you’d like to support the Tiny House Warriors, we encourage you to follow the movement on all social media platforms, and to check out their website at www.TinyHouseWarriors.com. As a reminder, the silencing of Indigenous voices when protecting our homelands is a direct threat to all people and the planet. Prayers up for the continued courage and safety of the Tiny House Warriors as they fight for our collective wellbeing.

Activists, Organizers and Protectors of All Nations