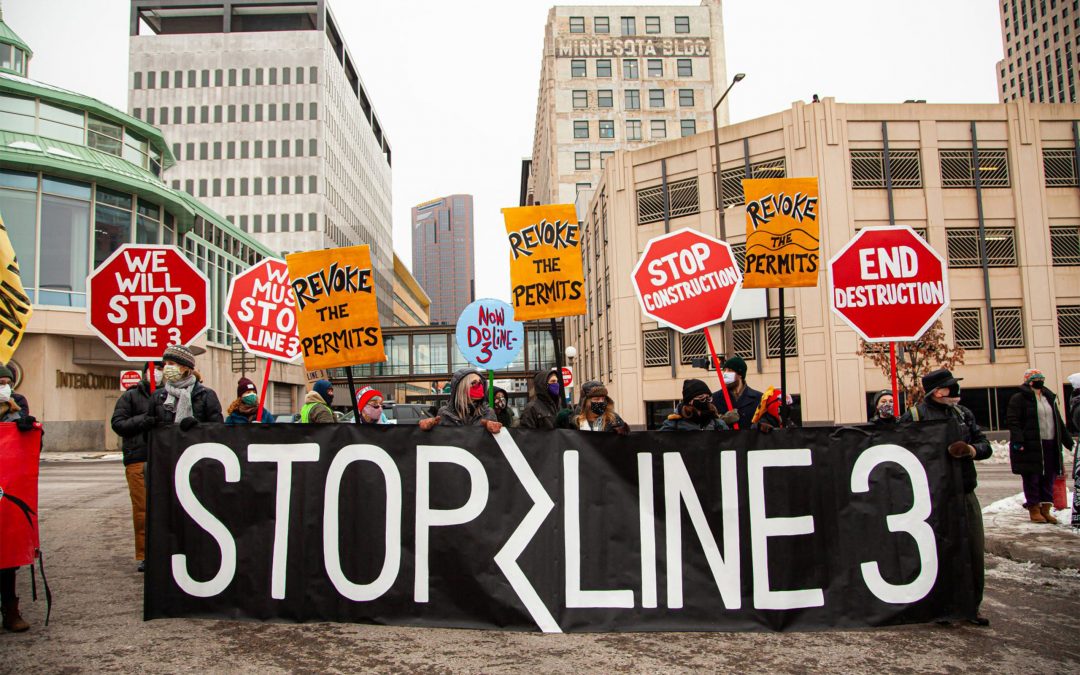 Line 3 is a proposed pipeline expansion to bring approximately a million barrels of tar sands oil per day, from Alberta, Canada to Superior, Wisconsin. This pipeline was proposed in 2013 by Enbridge, a Canadian pipeline company responsible for the largest inland oil spill in the United States. Enbridge desires to build a new pipeline corridor through the treaty territory of Anishinaabe peoples, where untouched wetlands need not be disturbed, through the Mississippi River headwaters to the shore of Lake Superior, the largest of the Great Lakes of the United States and among freshwater lakes is the third-largest by volume.

Water Protectors have been gathering in Minnesota to peacefully protect against the Line 3 pipeline and have been hopeful the new administration will step up and stand to protect this territory of Anishinaabe people.

On March 25th 2021,  27 Water Protectors were arrested while taking direct peaceful prayerful action in the midst of the construction zone of Line 3.  They were surrounded by allies and people of faith from all walks who came to stand in solidarity and in the deep knowing that a stand against Line 3 is a stand for Life and all that is living.

IP3 stands with the Water Protectors protecting their homelands, we stand with all who support the protection of Anishinaabe treaty territory.  Enbridge is trespassing!  Line 3 must be stopped!

What you can do: