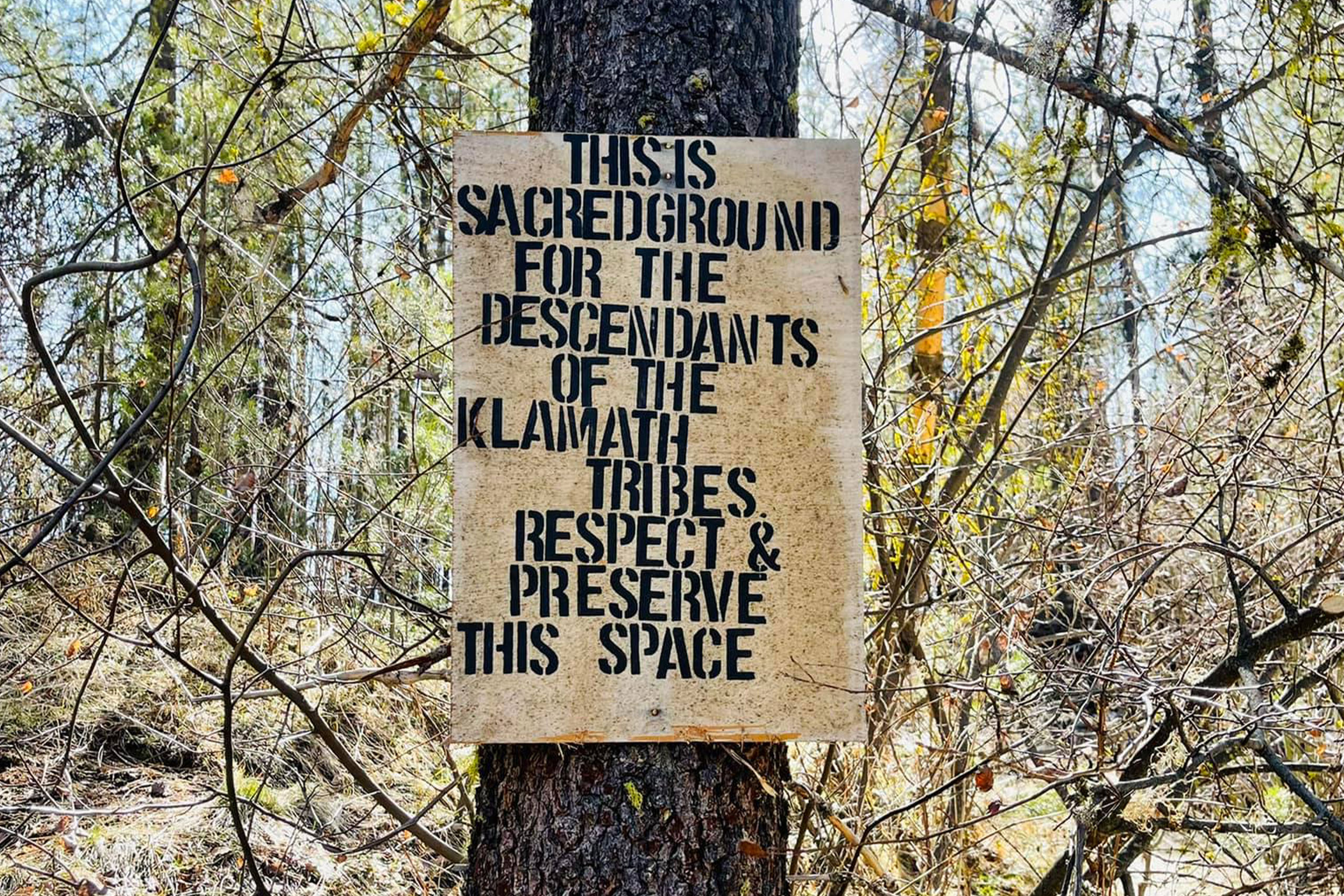 On April 11th, 2022, the Klamath Tribes of Oregon released a statement on the decades long dispute over water and resources that, ‘”The Klamath Tribes are tired of hearing: “it is another bad water year,” “we are all suffering,” and “come to the table so we can negotiate an end to this conflict.”‘ But what is considered a conflict of interest for farmers in the Klamath Basin, is clearly a violation of an 1864 treaty protecting water and fish, a violation of the federal Endangered Species Act, and an indicator of ongoing genocide of Indigenous people and communities across Turtle Island. If you’ve ever wondered what the #LandBack Movement is for Indigenous peoples, this is it. City, State, and Federal governments have failed to hold up their end of the bargain, and these lands must be returned to and managed by the Indigenous communities who have taken care of them for thousands of years.

The statement made by the tribes was released in response to a decision made by the federal Bureau of Reclamation that 50,000 acre feet of water would be released from the Upper Klamath Lake into federally built canals, and that the decision will have irreparable consequences on the ecology of the Upper Klamath Lake and Klamath Basin. At the center of the dispute are two endemic and culturally significant species of fish, the C’waam and Koptu (Lost River and Short Nose Sucker), found exclusively in the Upper Klamath Lake, and that in recent years of drought and climate chaos have dwindled in numbers from the tens of thousands to estimates of 3,400 or less. In order for these endangered species to survive, the water surface must be kept above certain levels to maintain their habitat, and the release of this water could mean the end of these species as early as this year. We must realize that when the fish are gone, so too are the people and animal relatives that rely on them.

As we approach an historic drought and record low reservoir levels this summer, tribal governments and community members are preparing for an uphill battle, calling on all organizations, foundations, Water Protectors, Land Defenders, and allies to SAVE THE C’WAAM. On April 15th, 2022, Natalie Ball, Klamath Tribal Council candidate and operator of Klamath Land Back Tours recently held one of many rallies to bring awareness to ongoing environmental racism and unsustainable water theft. In a statement made by Ball at the Rally at the Headgate, she states, “Our C’waam deserve that. Our ambo, the water where that’s happening, deserves to be seen. We deserve to be seen, you know — erasure’s a big part of this.” “I love who I am, I love my people, I love the territory and I am terrified of our C’waam going extinct because of this. I want to see them live. I want to see us live.”

If you’d like to support the Klamath Tribes in their ongoing efforts to reverse the harmful affects of environmental exploitation, you can donate to the Ambo Fund, a partnership with Seeding Justice which accepts contributions from foundations and individuals to directly benefit The Klamath Tribes as they work to save the endangered C’waam, Koptu and Yen fish in the Upper Klamath Lake and continue to defend their rightful ownership of water rights in the Klamath Basin. You can also find Natalie at Klamath Land Back Tours and support her on her journey to Klamath Tribal Council.